Born and bred in central Queensland, I joined the ANZ bank in Biloela in December 1966 at the ripe age of fifteen. After around twelve years working in the banking industry with stints at Blackwater, Innisfail, Cairns and Rockhampton, I was appointed as one of the two business development officers in Queensland for the banks finance arm, Esanda, which was based in Rockhampton. From this role I was transferred to Brisbane where I had various roles within head office.

I married Cheryl in 1979 and have four children who have all grown up in Rockhampton. I am a keen fisherman and also enjoy a game of golf.

My many years in the finance industry has equipped me for my current role at Esdale Sinclair & Associates and I get a great deal of satisfaction in being able to help people with their finance needs and grow their business. 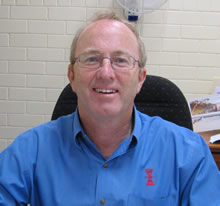 I was born in Rockhampton and have lived in the central Queensland area ever since.

My working life began in December 1978 with the ANZ Banking Group in Rockhampton, starting as a teller and progressing to an assistant manager’s role in the loans department at Moranbah. During my progression with the ANZ Bank I also worked at Theodore, and moved from there to Relieving Staff servicing Central Highlands and Rockhampton branches.

After working and living in Moranbah for five and a half years, I was offered a transfer to Esanda Finance in Rockhampton which made my fiancé (now my wife), Megan very happy. Working at Esanda gave me the opportunity to obtain the skills necessary to succeed in organising lending proposals for a wide variety of businesses.

My career with the ANZ Group/Esanda ended in July 1997 and a new phase of life began with self employment.

Both Megan and I enjoy living in the central Queensland region and being close to family and friends.

I was born in Rockhampton and have spent most of my life in the central Queensland region. I joined Esdale Sinclair & Associates in 1999 while completing the final year of my business degree at Central Queensland University.

During my time at Esdale Sinclair & Associates I have gained experience in all forms of finance and have enjoyed dealing with the challenge of meeting the needs of our diverse client base. Having “retired” from playing rugby league and basketball, my leisure activities include touch football and the odd game of golf.

I was born in Geelong, Victoria but moved to the “Sunshine State” with my family many years ago and now proudly call Queensland home.

I am married to a policeman in Rockhampton and have two gorgeous children who keep me very busy.

I started with Esanda Finance in June of 1988 where I worked with Steve Esdale, Wayne Sinclair and Martine Zuiderbaan of this office. At the time of the Esanda restructure (1997) I was pregnant with my second child and happy to take a redundancy from my position.

Later that year, I was called upon by Wayne and Steve and the newly established Esdale Sinclair & Associates to work on a “casual” basis helping to complete loan applications and preparing loan documentation etc. I currently work part time; two days per week, which allows me the best of both worlds including time at home with my family. I thoroughly enjoy my work with Esdale Sinclair & Associates.

Outside of work my hobbies include water aerobics and walking. 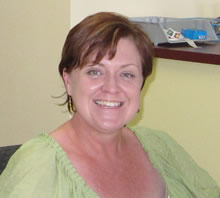 I am (proudly) a born and bred “Rocky Girl”. I enjoy being close to my family and lifelong friends.

My career in finance began in 1989 when I joined Esanda Finance, where I worked closely with Wayne Sinclair and Steve Esdale. In 1997 Esanda implemented a restructuring process and I, along with Wayne and Steve, became redundant. It was shortly after that Wayne and Steve established Esdale Sinclair & Associates, while I went to work for Sanwa Australia Finance for twelve months.

Then in early 1998 I joined Edale Sinclair & Associates – “returning to the fold”, so to speak. 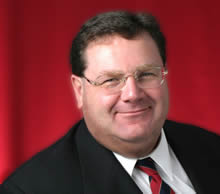 I have been in the commercial finance industry for over 30 years and have worked for the ANZ, Westpac and the NAB in commercial finance roles as well as a number of second tier and specialist financiers such as Toyota Financial Services and Suncorp.

I commenced my finance career with the NAB in Rockhampton in 1980.

Worked with the NAB for almost 18 years specialising in Agribusiness, I then moved to Elders and Remote Area Planning and Development Board based in Longreach. I then further enhanced my Agribusiness Career with 10 years working for Suncorp Bank based mainly in Western and North Western Queensland before moving back to Rockhampton in 2009. I also had a short time with Commonwealth Bank as Senior Manager Agribusiness. Banking and Finance has been my passion since leaving school and helping graziers, farmers, business owners and families achieve the financial dreams gives me a great deal of satisfaction. I have worked across most areas of Queensland including Longreach, Charleville, St George, Richmond, Hughenden, Burdekin, Darling Downs and Central Highlands.

With the ever changing financial industry and since the GFC many producers and businesses have struggled to come to terms with the new banking and financial requirements now placed on them. Through my extensive experience across many different industries and geographical locations throughout Queensland gives me a great opportunity to offer the Rural industry a real alternative and support not just discussing with their Bank when it comes to the finance.

It is good to be back in the Rockhampton area and I am really enjoying the Fishing off the Capricorn Coast and the occasional game of Golf.

I was proudly born and bred in Rockhampton, Central Qld and have lived here for the majority of my life.

My working life started in 2003 when I commenced a school-based apprenticeship at The Hydraulic Shop as a Hydraulic Fitter & Turner, while I completed my schooling. I moved on to work as a Hydraulic Sales Engineer and to a Sales Manager’s role during which time I completed a number of certifications in the field of Hydraulics & Business Management.

In early 2011, after 9 years of employment, I left The Hydraulic Shop to continue to gain experience in hydraulics and business, moving on to work for an underground mining and maintenance company based out of Newcastle and Rockhampton, followed by a Queensland State Management role for an international hydraulic manufacturer.

After obtaining a passion for business, mining and the machinery that accompanies it, I discovered the world of finance which offered me a good mix of all three. I am currently studying a number of financial certifications and qualifications and consider myself to be extremely fortunate to be constantly learning day to day from some of the best finance brokers in the game.

Away from the office I enjoy a number of activities such as water skiing and wake boarding, Rugby League and Golf.

Bob joined the ES&A Team in September 2020 after more than 30 years assisting Rural clients in Central and North Queensland in a variety of enterprises including grazing, cropping (both dryland and irrigated), horticulture, sugar and fruit growing.

In Bob’s words “My passion is getting to understand a rural enterprise fully and not just look at “the figures”. I believe that this is essential in being able to advise and provide finance solutions that are beneficial to all parties involved. Unfortunately, I believe that this has been lacking in mainstream agribusiness banking for some years given different economic and regulatory pressures placed upon it as a Broker we have access to numerous financiers offering a diverse range of finance options that we can tailor to suit individual circumstances”